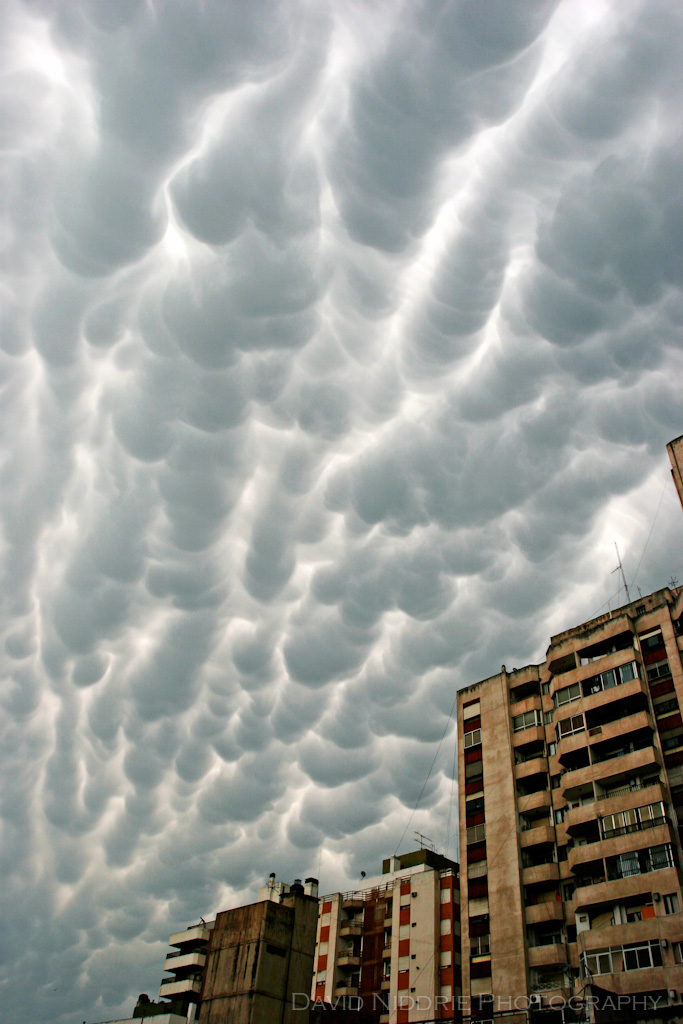 I shot this image – Trouble Brewing – on a trip to South America a few years back. We were traveling by bus to some of the outlying regions in Argentina’s Central Sierras and made the city of Córdoba our base for a spell. After a day in Alta Gracia – checking out Che Guevara’s childhood home and the impressive Jesuit ruins – we were heading back to the city when the sky darkened and clouds started to shape themselves into waves of puffed marshmallow patterns. A quick scramble to the roof of our hostel afforded us an immense vista over the city and neighbouring apartments. I took a number of frames and waited for what I was sure to be the storm of a lifetime.

And I waited. Nothing happened! The clouds hung around for about half an hour, then flattened out and continued their march across the Sierras. It was probably the most stunning sky I have seen and I still recall the feeling of excitement mixed with dread, that something wild was going to happen up there. 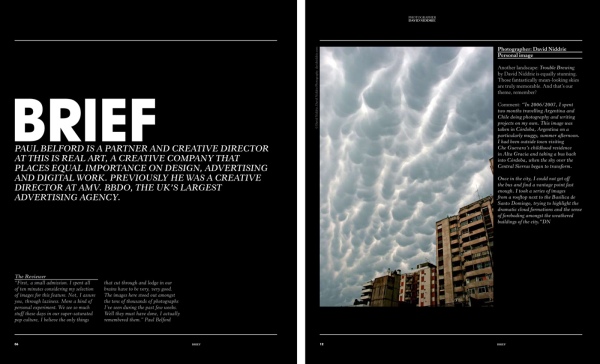 Later that year, I posted the image to my flickr stream where it received a lot of attention from the community, and notably from Paul Belford, Creative Director at This Is Real Art. He was asked by the UK’s Association of Photographers Image magazine to compile a collection of memorable images from the year, and my shot was one of a half dozen selected. You can see the published clipping to the right….I was truly honoured!

Shortly thereafter, this image was exhibited at Vancouver’s Diane Farris Gallery for the Twitter/Art + Social Media exhibition. I am pleased to release the limited edition collection of these fine art archival prints. Please drop me a line if you are interested in acquiring one of your own.