Version of a Billboard 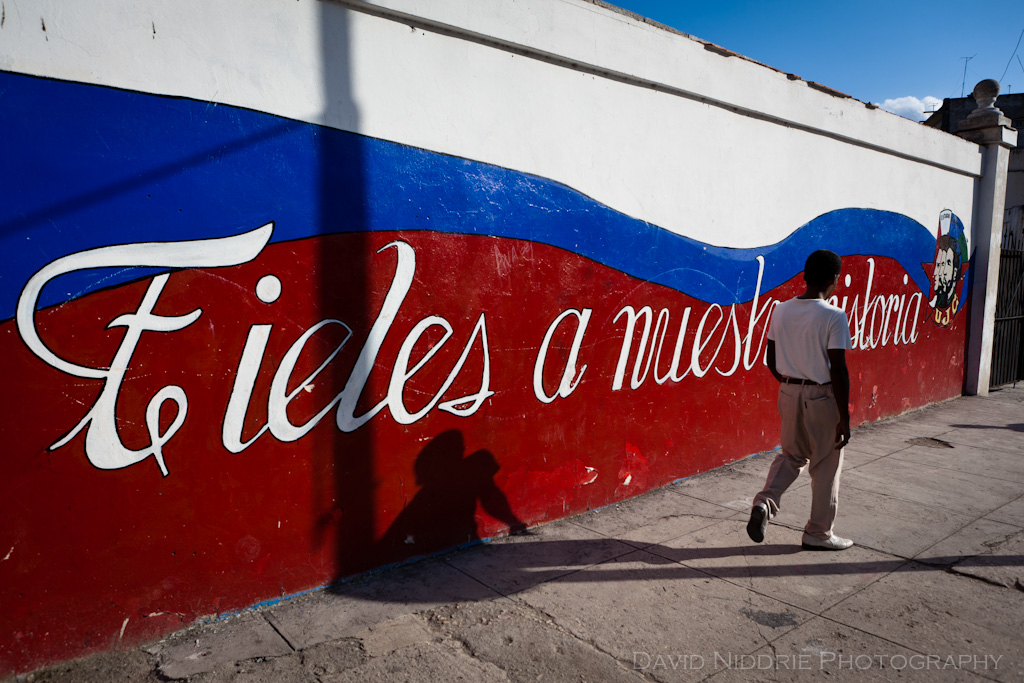 Arriving in Cuba, especially after a capitalism-gone-mad place like we saw in parts of Guatemala, it was refreshing to find the landscape peppered with people, buildings, bikes, cars…and maybe a couple ads here and there. Cuba does not have many billboards and they are severely lacking in corporate advertising in any shape or form. To me, this is one of the (many) great things about a visit to this country. I considered it a mental break from the inundation of media messages selling, telling and coercing that we get each day here in North America.

The number of advertisements we receive each day is truly alarming – recent estimates say approximately 5000 ad messages a day seep into our brains. Often, seep is the wrong word as we are forced to intake corporate messages wherever there is free space (ads on toilet paper, under bottle caps, our own bodies), where we are held captive (TVs in front of urinals & in elevators, backs of seats on airplanes) and usually against our will. It’s often called Ad Creep and it’s an unfortunate product of our North American lifestyle. Luckily, more people are becoming aware of this steady stream of data entering our brains and change is happening here and there (volume caps on TV commercials, banning of scent-producing bus shelter ads, etc).

In Cuba, the lack of advertising and corporate presence is refreshing in a way that’s hard to put a finger on. It’s a subtractive thing. Walking through Havana – or Cienfuegos, Santa Clara, Trinidad – it took some time before we realized we weren’t hearing ads over loud speakers near malls, hadn’t see the Coca-Cola or MacDonald’s logo for weeks and the only thing we were asked to buy were cigars, salsa show tickets, street trinkets and art. It was always people, face to face, doing that asking. The billboards we did see were almost always political. Socialist slogans and signs demanding the return of the Cuban Five outnumber any other message on the streets by far. And there is still so little of it.

Often when you miss something, you feel that lack of presence most when it returns. The clear minds we felt after three weeks in Cuba could have been from the simpler lives we shared with the Cuban people – true to life interactions and human connection. The mental environment was peaceful in the way a beach in the cays is to the body. It was eye-opening and gave us a culture shock before we even left the country. Taxi-ing in a jet bound for home, it wasn’t long before we were back in the fold, brains absorbing all those messages around us on the plane and tuning out what we could. In Cuba, we felt more tuned in and the filters we rely on that get so clogged up so fast were cast aside for a time, at least.